To get an idea of what you can expect from a company, take a look at its history. We are proud of our track record of excellence.

Before LabLynx was a company, it was a LIMS product offered by Atlanta Systems Consultants, Inc. (ASC).[1][2] Formed in 1992,[3] ASC’s LabLynx division later began work on a laboratory information management system designed specifically for a web browser. ASC demonstrated its new Internet Explorer-based LabLynx LIMS at Pittcon in 1997, among the first browser-based LIMS to appear at the time.[4][5] The company again showcased LabLynx at Pittcon in 1998[6] and soon after picked up a major LIMS-based contract with the U.S. Customs Service.[7] 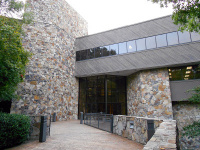 By July 2000, the LabLynx division of ASC separated to become its own incorporated entity.[8] And while ASC eventually ceased to exist in 2005,[3] LabLynx, Inc. went on to diversify its offerings. LabLynx’s browser-based LIMS previously demonstrated at Pittcon in 1997 expanded to become ELab, which in 2001 took on an application service provider (ASP) model of distribution.[9] In 2004 LabLynx released a browser-based tool called openLIMS, which gave consultants and end-users the ability "to build custom LIMS solutions that are geared to the exact operational needs of many different laboratories."[10]

On June 19, 2006, LabLynx established the Laboratory Informatics Institute, an open membership group with the purpose of advancing the field of laboratory, science and healthcare informatics and shaping the standards associated with it.[11] LabLynx made further moves to better its LIMS/LIS offerings in August 2008, renewing and expanding its contract with Nagarro, Inc., a U.S.-based technology consulting firm. The collaboration allowed LabLynx to upgrade its existing LIMS software to .NET architecture and expand its initiative to create and market a SaaS-based LIMS and LIS.[12] Less than a year after the announced renewed partnership, LabLynx revealed its redeveloped webLIMS product to the public, featuring ELab in a SaaS model and additional integration of developer tools to allow users to create and modify modules for their system.[13][14] This move to a cloud-based SaaS model brought renewed interest in the company’s LIMS and LIS, with clients like the Georgia Department of Agriculture[15] and Cypress Bioscience[16][17] taking on the new LIMS.

In 2011, LabLynx was involved in an initiative to standardize and structure the transmission of laboratory data that first originates in a LIMS or LIS and then moves to a person's or population of people's electronic health records.[18] This laboratory results interface (LRI) pilot began in August 2011 and included collaborations with the supported open source project mdDigest and the U.S. Office of the National Coordinator for Health Information Technology (ONC).[19]

In early 2015, LabLynx introduced HealthCloudPOL, a cloud-based healthcare laboratory information system (LIS) scaled down and streamlined especially for the physician office laboratory (POL). This product was seen as particularly noteworthy for being the first free professional LIS offered in a marketplace previously basically priced out of the ability to have an LIS. This was followed by full-featured LIS variations for particular medical testing applications, including: 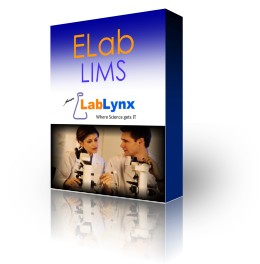 Some characteristics of our past were dictated by conditions in the industry and by technology, even as we sought to lead in improving standards, increasing free information flow and lowering costs. Our sole product was ELab, which evolved into webLIMS. It was always web browser-based, which stood out amongst largely client-server and desktop-based competitors. However, its informatics platform was more or less monolithic and proprietary, comprising an application and database housed in a Microsoft environment and tied to its Internet Explorer web browser. Its chief strength, beyond being browser-based, which vastly simplified installation, access and updates, was - and still is - its data-driven design, making it highly user-configurable. But though it boasted a great litany of functions and features, its COTS (Commercial-Off-The-Shelf) template was essentially generic, so each implementation required a relatively substantial amount of configuration and setup. Additionally, any interfaces were created on an ad hoc basis, requiring a fair amount of time and effort. There was only one edition really, which was available at diminishing rates based on the number of concurrent users.[21]
Retrieved from "https://www.lablynxpress.com/index.php?title=Past_Performance&oldid=9796"
Categories: